On Wednesday, September 9, a group of ten people representing the Hong Kong Chapter attended the banquet. We were indebted to BNUZ for sending a staff member, Ms Sophia Liu, to greet us at the Jiuzhou Port and arranging a campus tour to show us around. During the tour, we were introduced to a maple tree which was donated by Mr. Bill Bu to commemorate the 10th anniversary of cooperation between SMU and BNUZ. 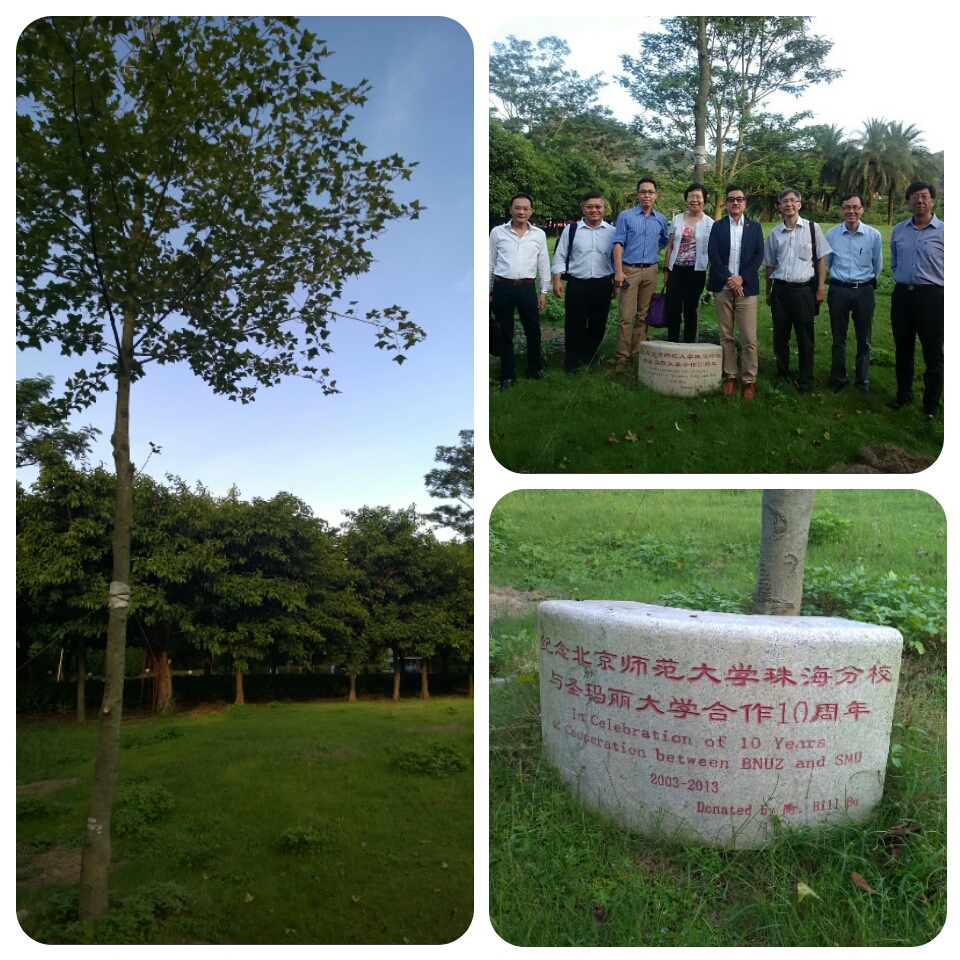 A maple tree had been planted in celebration of the 10th anniversary of cooperation between SMU and BNUZ. 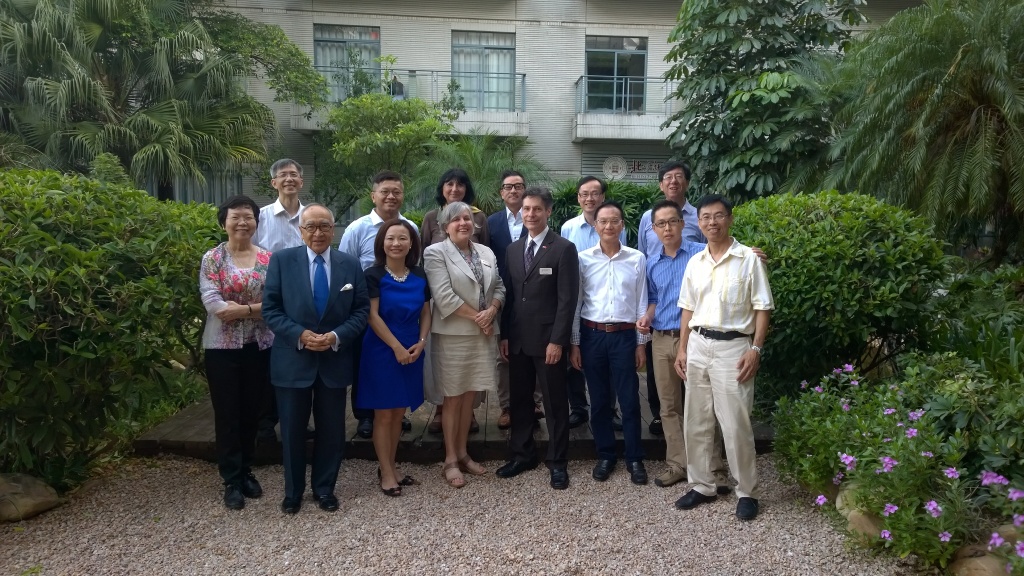 A group photo was taken just before the commencement of the banquet. 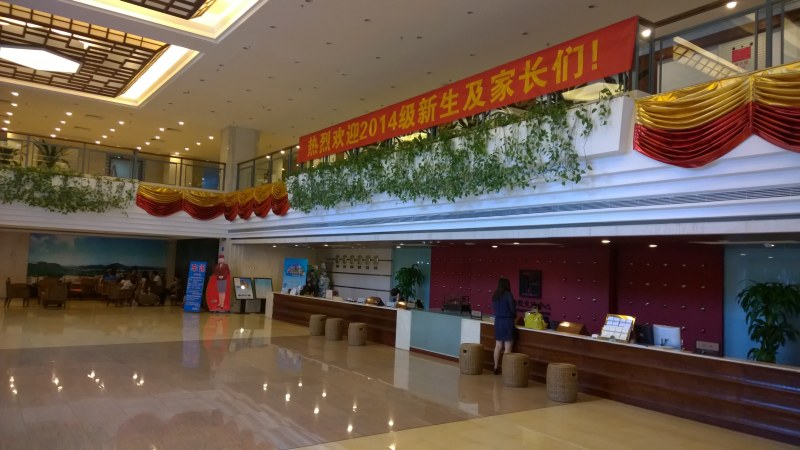 The lobby of the International Center of BNUZ 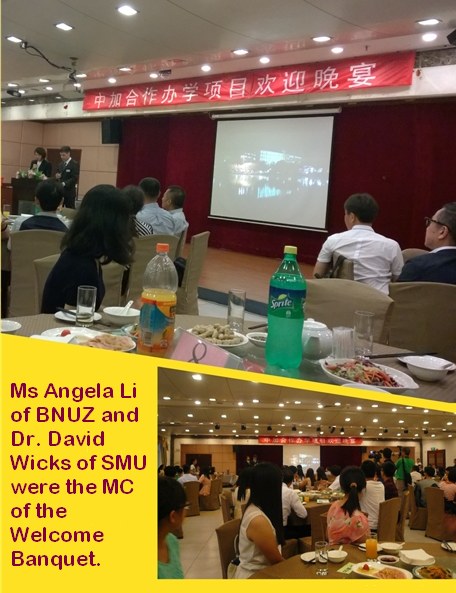 Ms Angela Li and Dr. David Wicks as the MC 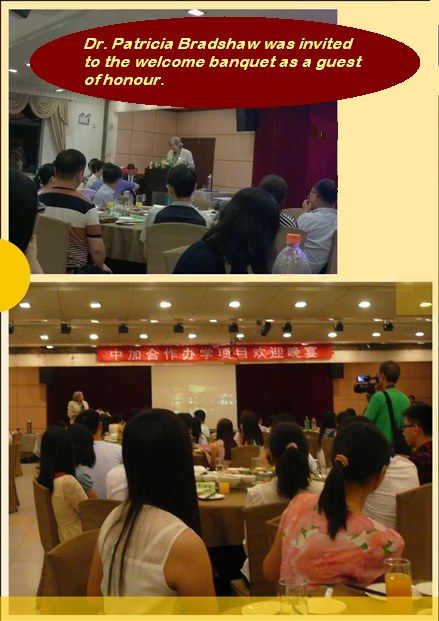 Dr. Patricia Bradshaw as the Guest of Honour 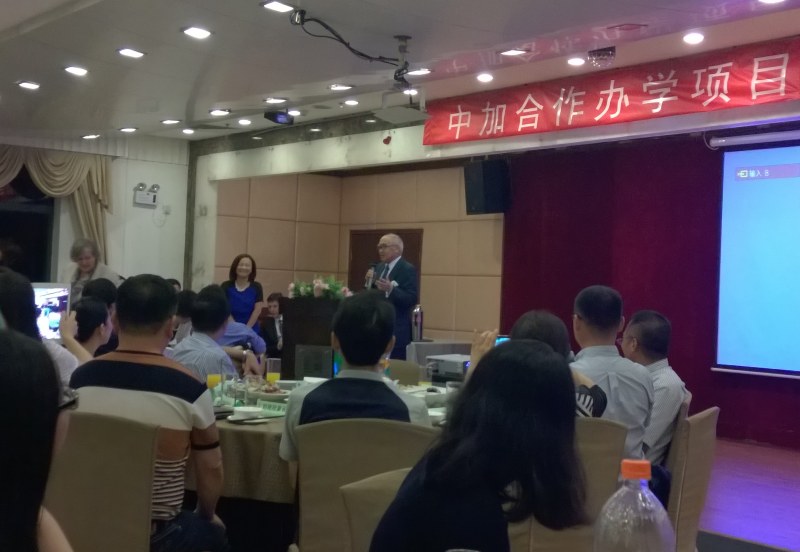 Dr. Wong as a speaker for the Hong Kong Chapter