A dinner reception with the delegation from Halifax and SMU alumni residing in Hong Kong was held on Wednesday, June 14 at Le Menu Restaurant, Gloucester Luk Kwok Hotel in Wanchai. We were very much grateful that the Consul General of Canada in Hong Kong and Macao, Mr. Jeff Nankivell, also attended the dinner gathering. 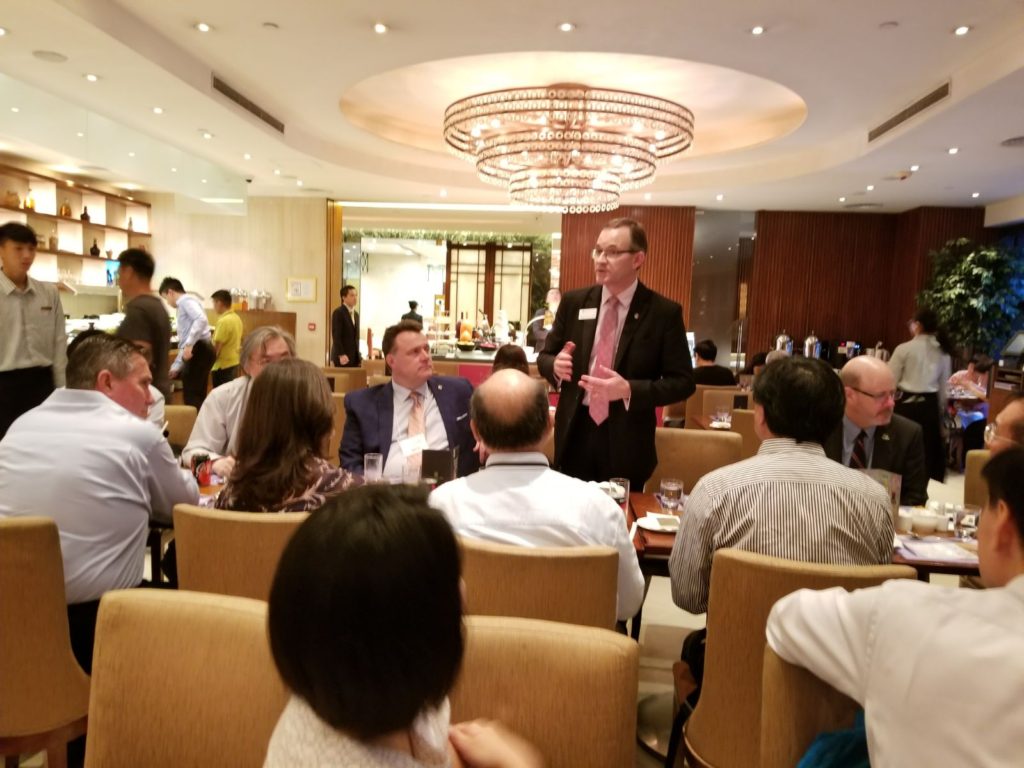 Dr. Summerby-Murray was the first one of the delegation making a speech. 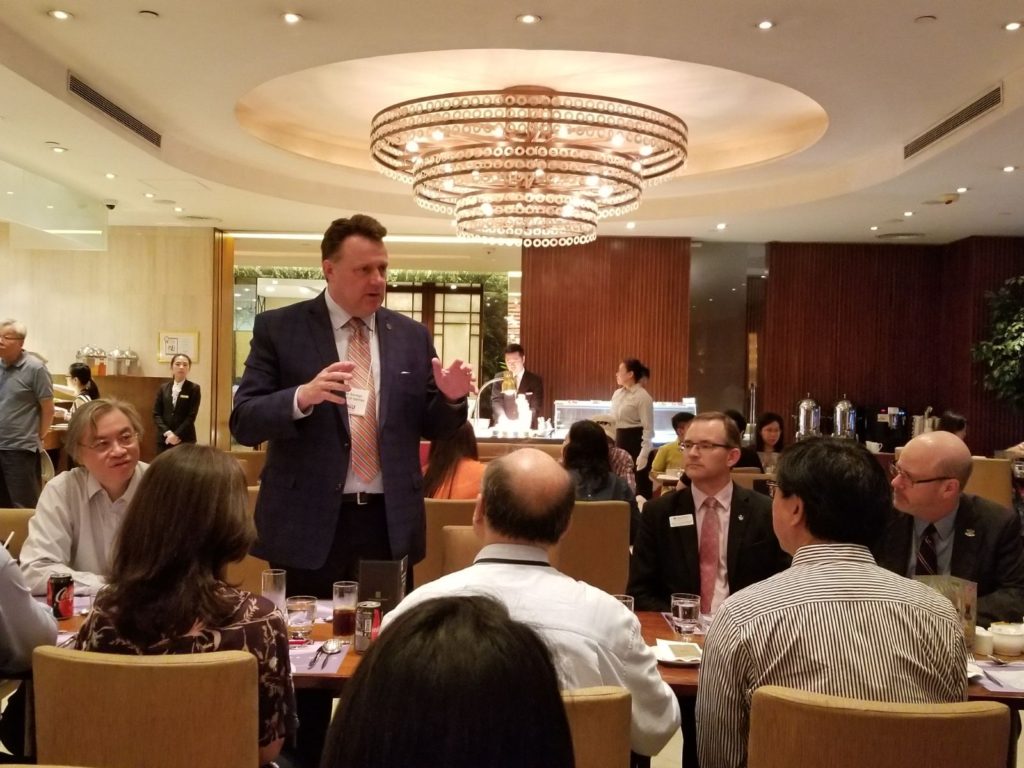 Mr. Mike Mayor, Mayor of Halifax, was talking about the recent development of Halifax while Dr. Summerby-Murray, Mr. Jeff Nankivell, and other attendees were looking on. 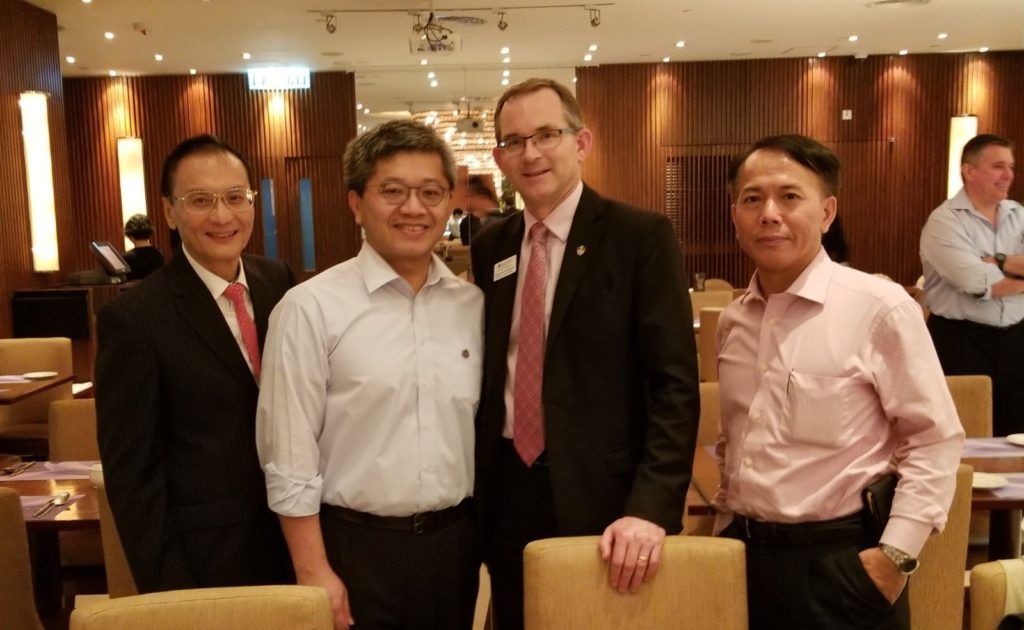 Dr. Summerby-Murray stayed behind and chatted with our alumni. From left: William Lau, Eric Mok, Rob and Harold Ho. (At far right is Tom Young, a native Canadian and a SMU alumnus, who has been residing in Hong Kong for over a decade.)