In early July, the Hong Kong Chapter was invited by Dr. Patricia Bradshaw, Dean of Sobey School of Business, to attend a ceremonial banquet for the admission of new students to be held on Tuesday, August 30th at Beijing Normal University Zhuhai (BNUZ). This was the third cohort of students enrolled in the finance program jointly developed by SMU and BNUZ.

Unlike the seating arrangement for the banquets held in the last two years, there were no round tables and instead there were three long tables where the new students and their parents were sitting.  At the front of the hall was a stage where there was another long table at which the staff, professors and honorable guests were sitting.  The setting and the food served was so western-styled that the new students and parents should have felt as if the event were taking place in Canada. 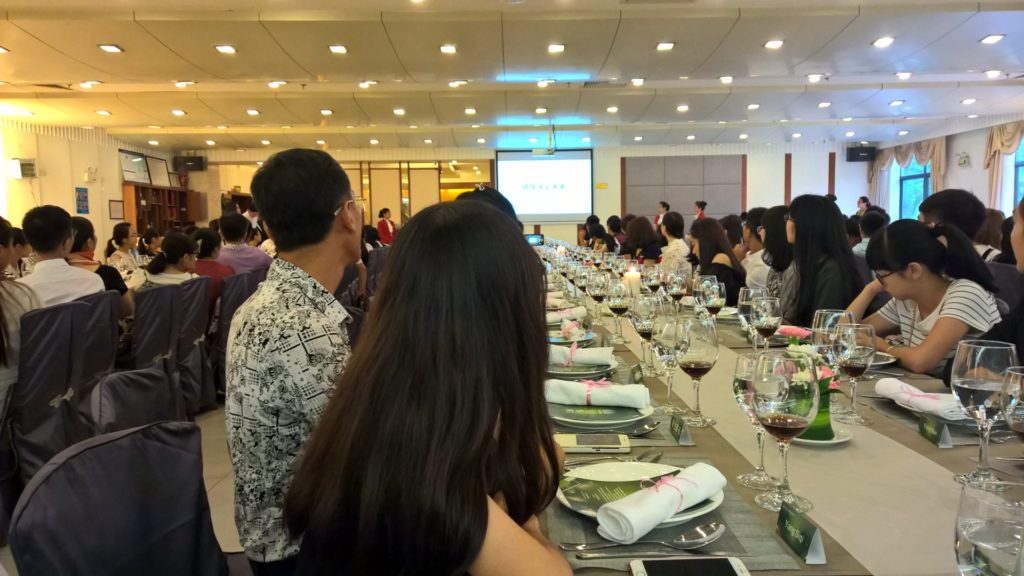 A short video was played to introduce to the new students and their parents about BNUZ and SMU. 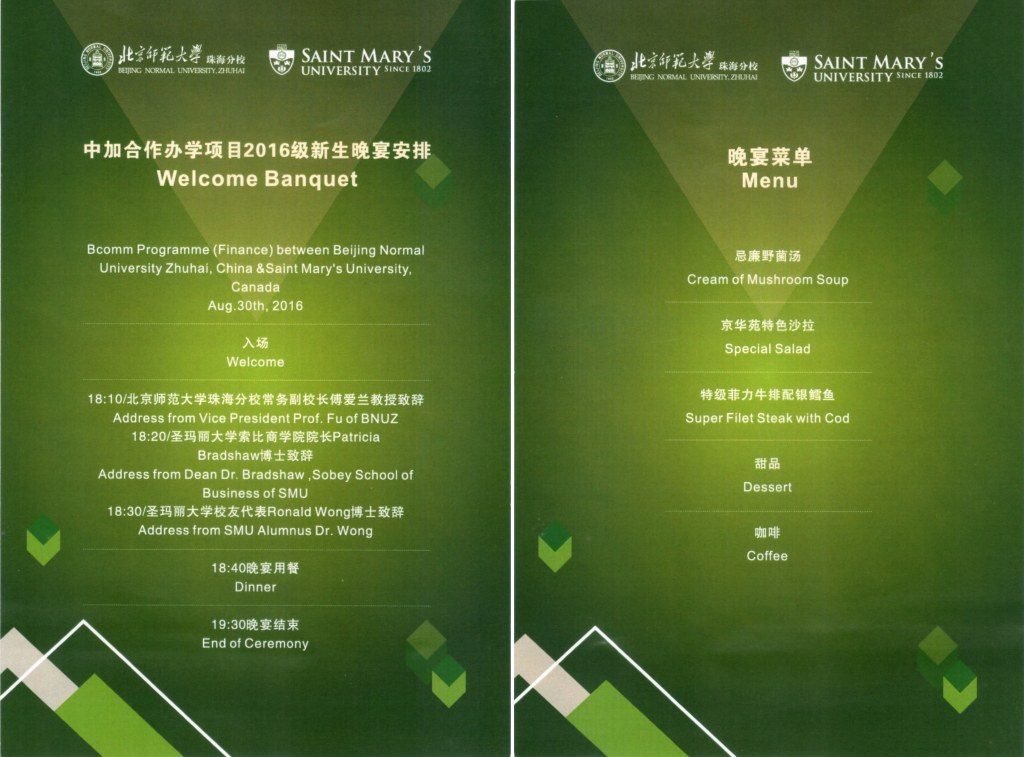 Here’s a glimpse of the agenda and the menu (Click the image to enlarge). 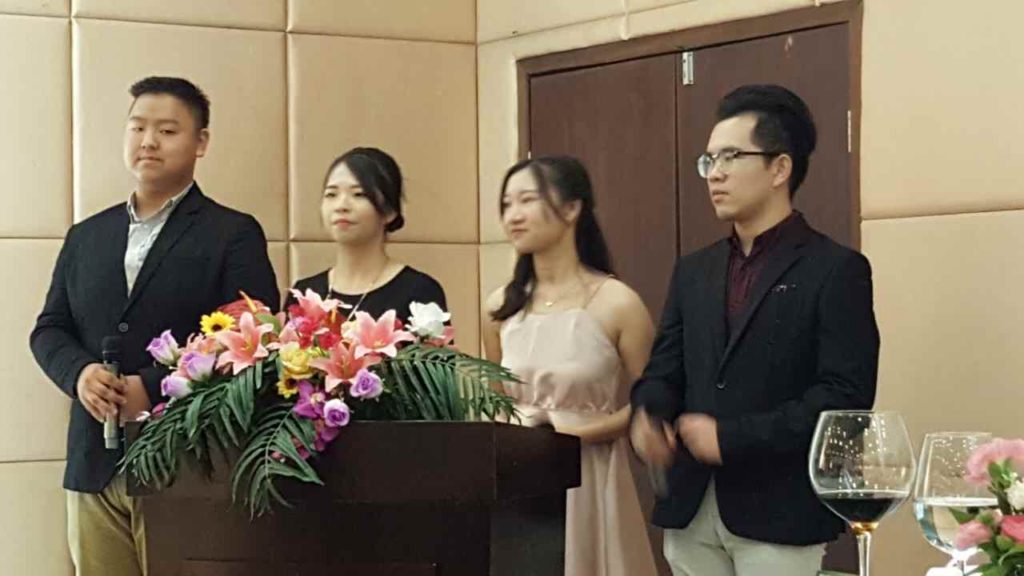 Some BNUZ students of the first cohort were selected as the Masters of Ceremonies. 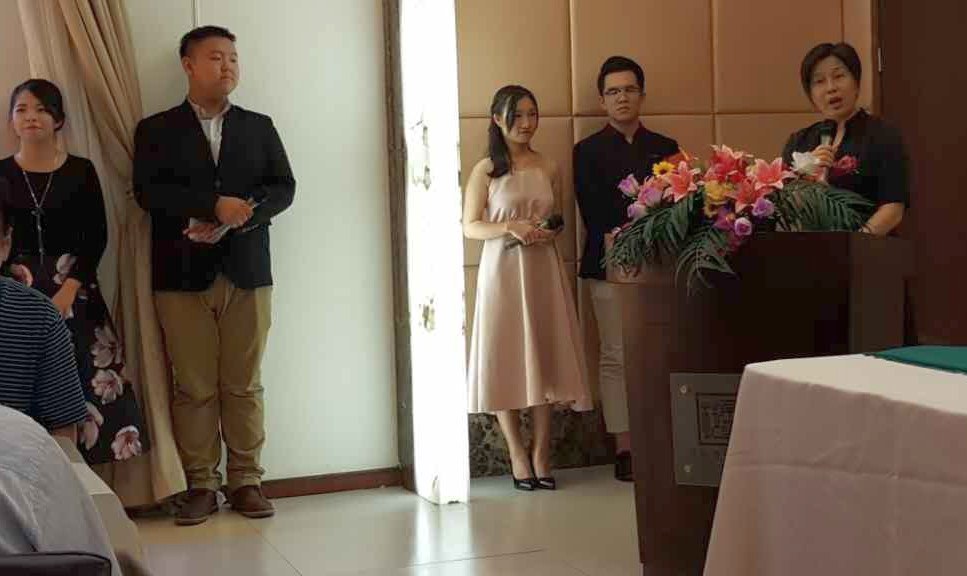 Professor Fu, Vice President of BNUZ, making the first speech of the event. 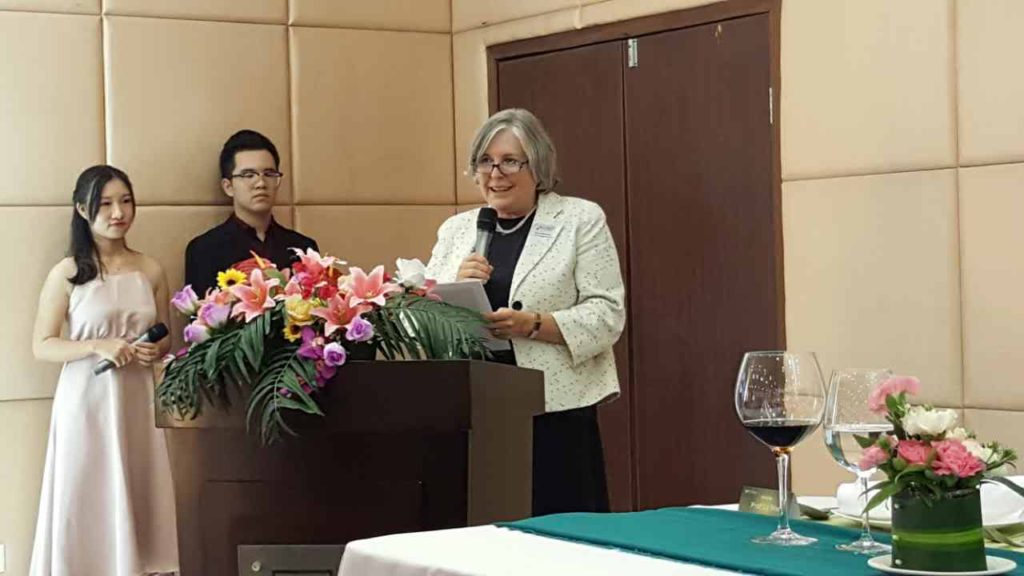 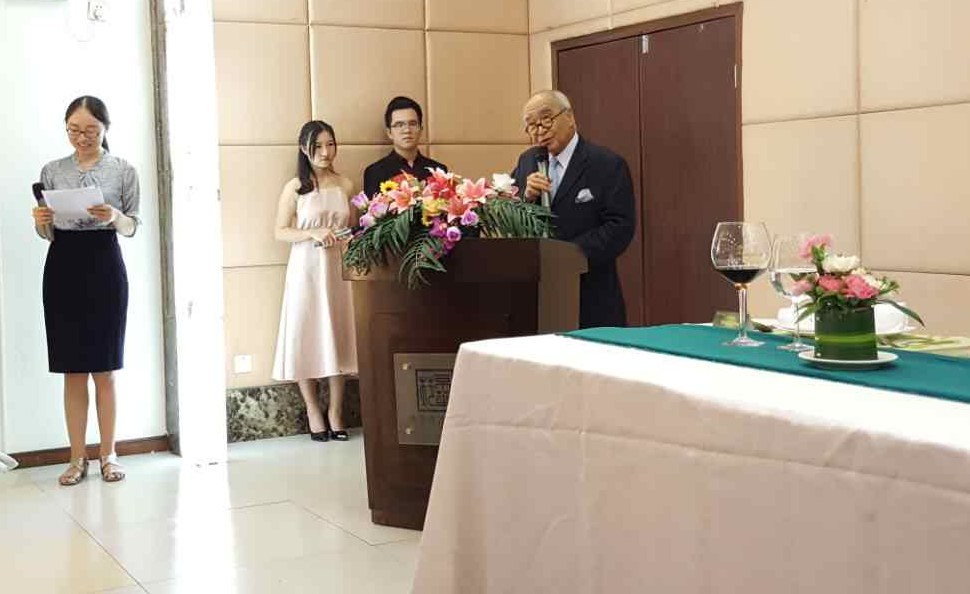 Dr. Ronald Wong as the representative of SMU alumni making the third speech with a scholarly lady standing nearby to interpret his speech paragraph by paragraph in Putonghua.

Towards the end of the dinner, an interactive session was added this year in which the staff representatives from SMU drifted around and chatted with some of the new students for awhile. The banquet officially came to an end just before half past eight.