The cocktail reception took place on Friday, 2nd March 2018 at the Canada Room of the Consulate General of Canada on 5/F of Exchange Square, Tower 3 in Central. In attendance were representatives from Dalhousie, consulate officers, Dalhousie alumni and friends. 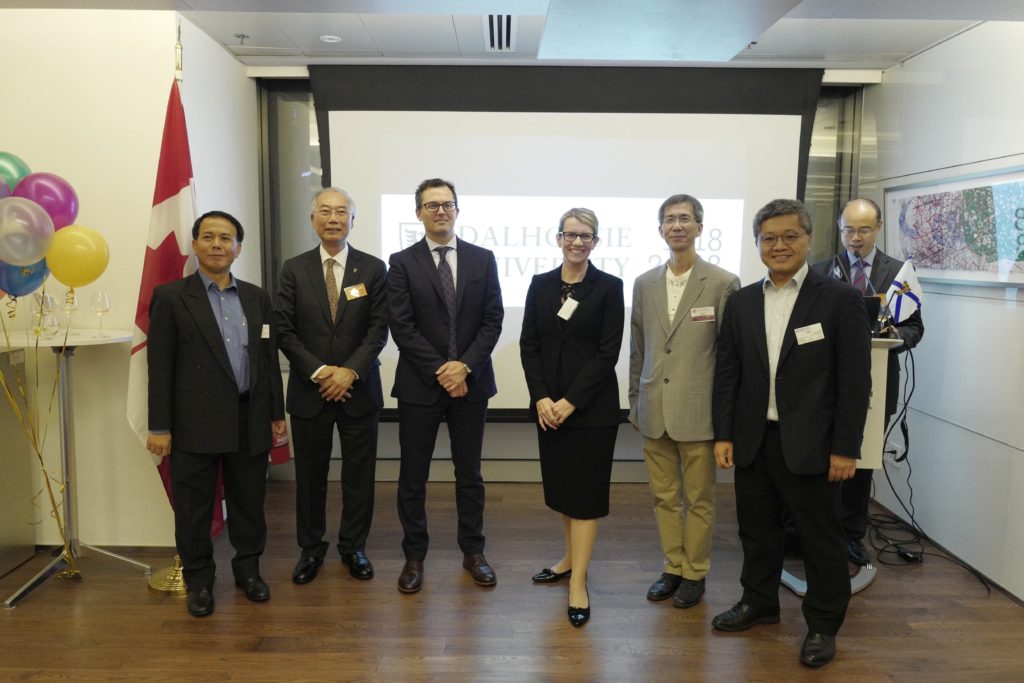 The SMU alumni attending the cocktail party were Harold Ho (leftmost),  Jimmy Ho (second from right) and Eric Mok (rightmost). Also on the photo are the President of the Dalhousie Alumni Hong Kong Chapter, Mr. Peter Chow (second from left), Consul of Foreign Policy and Diplomacy Service, Mr. Derry KS McDonell (third from left) and Development Officer of Dalhousie University, Mrs. Nadine Woon. Standing at the back was Mr. Sherman Cai who acted as the MC for the evening. 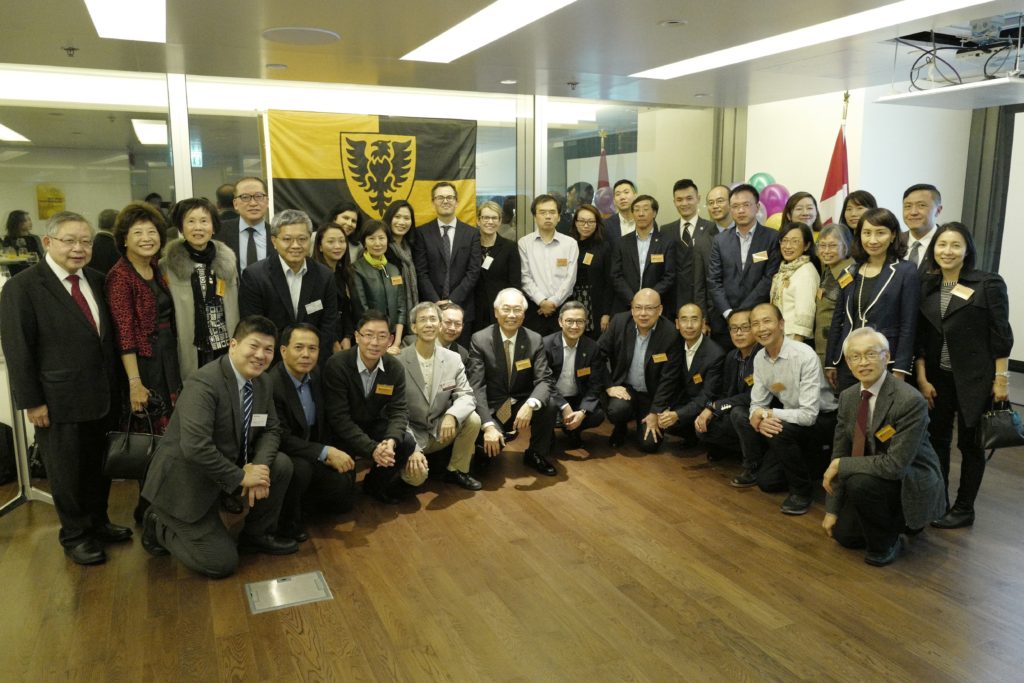 As usual, a group photo was taken at the end of the event.